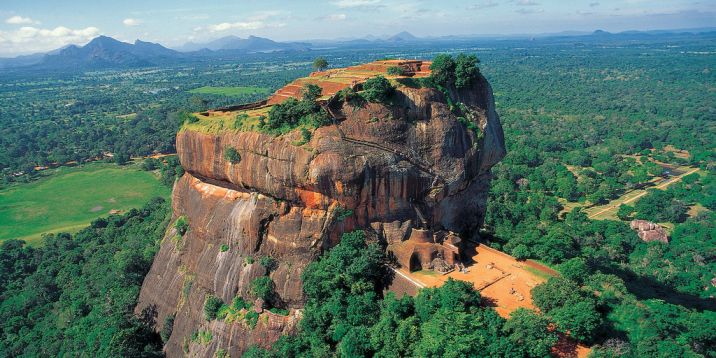 The EIA procedure in Sri Lanka consists of screening during which it is decided if a full EIA or an IEE is required, scoping, assessment, review and the decision on the approval of the EIA report. Thereafter, compliance monitoring is conducted.

Major documents that are compiled as part of the EIA process are the Terms of Reference (scoping), the environmental impact statement, and monitoring reports.

Screening is required. The PAA is responsible for the decision whether an EIA or IEE is required. This screening decision is made in consultation with the CEA. Screening is undertaken on the basis of the list of projects that require impact assessment.

There are provisions for sensitive areas.  In addition to the listed projects, projects to be sited in environmentally sensitive areas also require IEE/EIA, irrespective of their size or scale. A list of ten “Environmentally Sensitive Areas” is also given in the gazette notification.  The 1993 amendment to the Fauna and Flora (Protection) Ordinance states that prior written approval from the Director of Wildlife is necessary for any development activity within one mile (1.6km) of the boundary of any National Reserve and mandates that such projects should undergo the EIA process as stipulated by the NEA.

The PAA invites the participation of those affected and queries the proponent for clarification during a scoping meeting, for which a general format is given in the CEA guidance. External experts can attend the scoping meeting. During scoping, the PAA is required to:

The CEA has issued a guide on scoping as a part of the guidance material.

Scoping outcome includes documentation of the recommendations of the participants, overview of the environmental issues to be investigated in the EIA and an identification of the possible alternatives to be developed. These outcomes are the basis for the Terms of Reference for the EIA.

There are no prescribed assessment methods. However, coverage of social and environmental issues in EIA is mandatory. Economic issues are also covered in the EIA report. Cost benefit analysis is encouraged, though not mandatory.

At present there is no accreditaton process for EIA consultants.

The PAA or CEA is responsible for the review of the EIA. The CEA recommends that co-operating agencies are involved with the review of the EIA. For example, agencies with relevant jurisdiction or expertise, or which are authorized to develop and enforce environmental standards, should comment on assessments. There are no non-government experts involved in review perse, but informal meetings and interviews with relevant people and organisations are recommended by the CEA. These can guide the decision on the content and issues to be covered in the analysis and will be used to collect information during the EIA. The PAA checks the EIA document before it goes to public review. The PAA is obliged to announce the availability of the EIA report through notices appearing in three national newspapers in the three languages.

Governmental experts check the EIA report, and there is possibility to involve additional, external experts.

The PAA, in agreement with the CEA, decides whether an IEE or an EIA may be approved.

Final approval of the EIA report may be repealed.

Monitoring is required. The EIA regulations state that it is the duty of the Project Approving Agency to forward to CEA its report, which contains a plan to monitor the implementation of every approved project.

The PAA or the CEA can make site inspections to ascertain the level of compliance. The EIA Cell of CEA can review the monitoring decisions of the PAA, including the evaluation of the compliance monitoring reports. These can be evaluated in liaison with the proponent and the public.

If the proponent violates the conditions, set because of the EIA, the approval may be revoked. Guidelines for administrative charges have been issued by the CEA. There are no specific penalties for EIA condition violations at present.

The NEA states that the PAA should upon receipt of an IEE or EIA issue a notice in the government gazette and in three newspapers (in English Sinhala and Tamil languages) notifying the public on the place and times at which the reports is available for inspection and invite the public to make comments on it. Any member of the public may then make comments within 30 days.

The public are supposed to pay for the cost of receiving the information (cost of reproduction).

EIA reports are available at the CEA library. It is required under NEA to send the EIAs of the approved activities to the CEA.

Centre for Environmental Justice (CEJ): Since 2004, this centre has been working towards good governance and environmental justice. They assist people in exercising their environmental rights.

Certain EIA requirements of the NEA were amended in 1999.  Furthermore, NEA was amended in 2000 by the NEA (Amendment) Act, No 53. The amendment specified the powers of the Minister in charge of environment in determining activities that require EIA license, stipulated the penalty for non-compliance with EIA requirements and made IEE or EIA reports public documents.

National Environmental Regulations (Procedure for approval of projects) Regulations, No. 1 of 1993 issued under NEA, Act No 47 of 1980. These regulations provide a procedural framework for conducting EIA.

CEA has published generic EIA guidelines and sectoral guidelines for the agricultural and transport, tourism, irrigation, energy sectors. These guidelines include:

There are no sector specific procedures or regulations on EIA in Sri Lanka. The regulations and procedures in place at present, apply to all "prescribed projects" which require IEE or EIA as the case may be.

EIA is mandated only for “prescribed projects”  as published in a Gazette Notification. They could be public or private, national or foreign projects.

Exemptions can be made for certain projects, for example, in case of emergency response.

The Minister in charge of the environment is mandated to make exemptions from EIA.

Central Environmental Authority (CEA) is the main EIA authority. It operates under the Ministry of Environment and Renewable Energy.

There is vertical decentralisation and CEA is mandated to appoint District Environmental Agencies to assist it in discharging its duties. 22 State Agencies have been designed as “Project Approving Agencies” (PAA) for the administration of the EIA process with the Central Environmental Authority (CEA) bearing the primary responsibility.  There are also provisions for the PAAs to delegate powers relating to the approval of projects to a provincial council, upon a written agreement by the Minister in charge of the environment.

The proponent pays for the administration of the EIA process. The PAA is responsible for assessing and obtaining all necessary administrative costs from the proponent. CEA stipulates that PAA should establish budgetary provisions for meeting EIA costs. Additionally, a fund may be established and administered by the CEA to help PAAs to meet operational costs of implementing the EIA requirements. There are guidelines on levying of administrative charges issued by CEA.