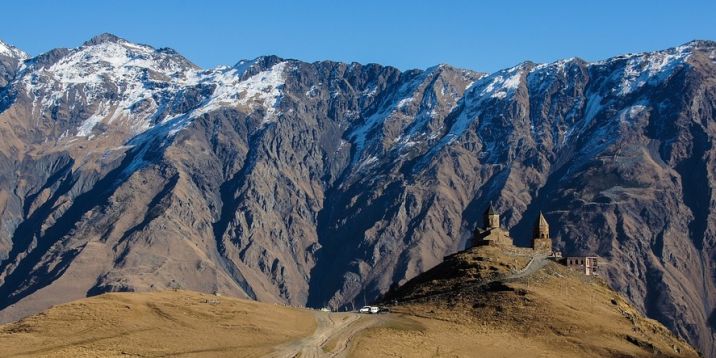 The legislation requires screening, scoping, review and decison-making as formal steps of the EIA process.

Screening is a formal step and carried out on basis of projects listed in Annex I and II of the EIA code.

Within 5 days after completion of the screening procedure the Ministry ensures publication of opinions and comments submitted by the public.

The screening application needs to to include the following information:

Witin 15 days of registration of the application the Ministry will take a decison whether the planned project is subject to EIA.

Scoping is a formal step in the EIA procedure.

In case of Annex  I and II projects (requiring EIA), the developer needs to submit a scoping application together with a scoping report to the Ministry in an early stage of the project planning.

The scoping report shall include:

Within 30 days after registration of the scoping application the Ministry issues the scoping opinion.

Detailed requirements for the contents of the EIA report are provided.

Withing five days after receiving the EIA report the Ministry establishes an Expert Commission to review the report and prepare a final conclusion.

The Ministry ensures the publication of the EIA report within three days after application by the developer. The Ministry organises a public hearing and ensures to review opions and comments provided by the public and take them in account in decision-making on the Environmental Decision.

The developer Review is executed by Expert Commission consisting of experts and is established by the Ministry.

The Expert Commission submits the conclusion to the Ministry within 40 days.

Appeals are possible for the EIA approval and the issuance of the environmental impact permit.

There is a possibility for appeal by any public representatives who deem their rights violated. The decision of the competent authority not to issue a permit can also be appealed against by the proponent. (to be confirmed)

Public involvement is only a required step during the assessment stage. It is the responsibility of the proponent to organise public hearings.

The pubilc can make comments both orally and in writing. Oral comments are recorded in the form of meeting minutes which have to be signed by the proponent  and a representative of MoE.

The law requires that comments made by the public are considered in the EIA report. In case the proponent disregards any of the comments made, they are supposed to justify the non-consideration in writing to the concerned public.

If the statement of ecological expertise has to make a reference to the outputs of public participation, is not specified.

The majority of the costs are for the public themselves.

Within 45 days after the public announcement has been made, the public can provide comments to the proponent.

The developer is supposed to provide the public with information on the proposed activities prior to submitting an EIA report to the MoE. A notice containing:

Approximately 60 to 70 EIA based permits are processed annually.

Records of EIA are kept at a central place at the MoE. Reports older than 3 years are kept in an archive, reports that have been issued in the last 3 years are stored in office. An online database is being introduced.

The following professional bodies have an interest in EIA:

Georgia inherited an EIA system that was developed by the Soviet Union. After the adoption of the new Constitution in 1995, EIA was introduced by the Law on the Protection of the Environment (1996). The Law on Environmental Permits (1996) and the Law on State Ecological Expertise (1996) followed as specific laws on EIA.

Georgia gradually started modernising the EIA system in line with the EU and other international standards.

With the rose revolution in November 2003 a new phase started and EIA legislation was changed considerably. A new law on licences and permits (2005) was prepared by the Ministry of Justice, followed by three laws on EIA regulations in 2007. That law supported business investment by simplifying and integrating permitting procedures. Most important changes in the EIA legislation were:

The Law on the Protection of the Environment (1996)

A guideline on necessary procedures to receive the permit for Environmental Impact Assessment from the Ministry of Environment Protection and Natural Resources of Georgia exists.

All activities (public and/ or private, national and/ or foreign) imposing significant risks on human life or health relate to especially important or public interests or connect to use of country resources.

The developer may be exempted from EIA if the project is to serve national defense or respond to civil emergency arising for force majeure.

An Expert Commission is established by the Ministry to review EIA reports.  This commission consist of experts and the Ministry can invite foreign experts.

The responsibility for all EIA processes lies with the national authority.

The developer bears the costs associated with the EIA process. In order to obtain an Environmental Decision, the developer has to pay a fee of 500GEL.