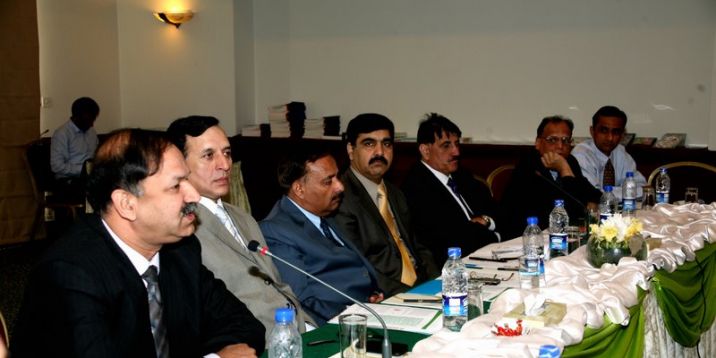 In Pakistan, the NCEA has supported the 5-year National Impact Assessment Programme (NIAP). The NCEA's contribution aimed at strengthening the country's EIA system, and to introduce SEA in development planning.

The NIAP in Pakistan was implemented by IUCN together with key government agencies. The Netherlands Embassy in Pakistan was involved as a funder, and requested the NCEA to provide technical support. The following activities were undertaken by the NCEA as part of this programme:

Pakistan is an 'exit country' for Dutch international cooperation. For that reason, the NCEA scaled back its activities in Pakistan since 2012 and developed an exit strategy that enables Pakistan to continue improving its EIA/SEA practices. An example of the activities in this exit strategy is the facilitation of south-south exchange on SEA between Pakistan and Vietnam.

In 2014, NIAP has come to a close. The NCEA repeated the series of EIA mappings that were undertaken in 2010. This repeated exercise served to document changes in EIA regulation and practice, in each of the provinces, that have taken place during the programme. The results of the mapping also help environmental agencies to prioritise future actions in EIA.

The NCEA's activities helped to improve Pakistan's EIA/SEA system in various ways. The EIA mappings gave insight in the country's system and improved local capacity to undertake EIA mapping. The NCEA's activities contributed to improved cooperation between environmental authorities at different levels. Capacity of government officials on various aspects of EIA and SEA was improved. NIAP and the NCEA's inputs have contributed to new environmental acts in a number of provinces, and to the incorporation of SEA requirements in legislation of other provinces. An EIA curriculum has been developed and adopted by the Higher Education Commission, for use in Pakistani universities. Overall, the programme improved awareness on and capacity for EIA and SEA.