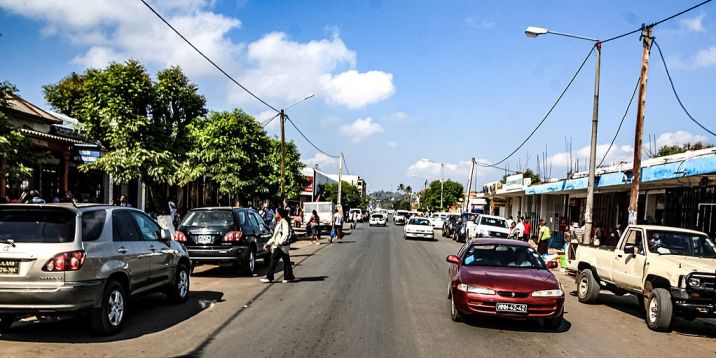 The Port of Beira is the second largest port in Mozambique. In 2003, the World Bank advised to look at the infrastructure around the port of Beira. The construction of the Beira port access road is identified by relevant stakeholders as one of the priority projects of the Beira Masterplan 2035. By significantly improving the access to the port and from there to national roads, an increase of cargo entering the port can be expected, as well as improvements on safety, travel time and prevention of cargo being deteriorated or lost.

In 2015, the Municipality of Beira (CMB) and the Dutch government signed a memorandum of understanding (MOU) for the development of the Beira Port Access Road. This MOU is based on the Master plan Beira 2035 and a scoping study for the port access road project. It was agreed that the Netherlands would assist CMB with the project development and preparation of tender documents for project implementation through the Develop to Build (D2B) facility. Within this framework, RVO, the contracting authority for this tender, and the CMB signed a formulation plan in March 2016 for the Beira Port Access Road Project. The aim of the formulation plan was to prepare for a tender procedure for the development of the project.

The Netherlands Enterprise Agency (RVO.nl) approached the NCEA to advise on whether Environmental and Social Impact Assessment (ESIA) requirements were correctly and sufficiently integrated into the Terms of Reference for the tender procedure for the development of the Beira Port Access Road project.

The tender was published late 2016 and RVO asked the NCEA early 2017 to assist in appraising the 3 proposals that were submitted in terms of how the ESIA requirements in the ToR were addressed or dealt with.

In November 2017, RVO requested to advise on the completeness and overall quality of the Environmental and Social Pre-Assessment and Scoping report (EPDA). NCEA issued its so-called Quick Scan advice on 8 December 2017 to RVO.