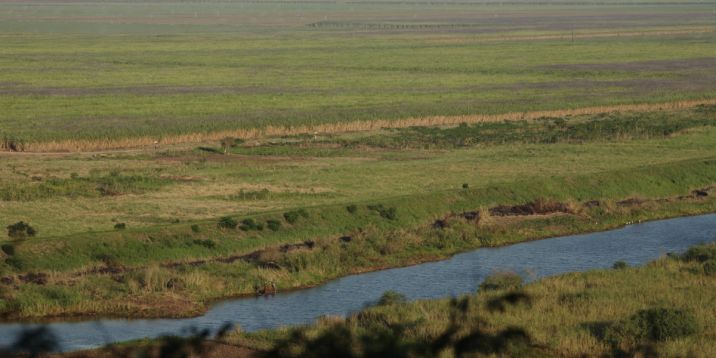 The Netherlands Enterprise Agency (RVO.nl) requested the Netherlands Commission for Environmental Assessment to conduct a quality review of an Environmental and Social Impact Assessment (ESIA) and related documents for the ecofarm irrigation and organic sugarcane project in the Chemba district, Sofala province in Mozambique.

The project aims to establish, install, operate and maintain an irrigation infrastructure initiative designed to irrigate large-scale sugarcane plantations which will produce organic sugar for the European markets. The sub objectives relating to the project are to:

At the request of RVO, the review was carried out in two stages. A ‘quick scan’ done by the NCEA secretariat, leading to some main observations/pointers to be used in internal decision-making procedures, followed by a more detailed review performed by the external expert at a later stage. For these reviews, the NCEA made use of a previous advice (August 2013) it issued at the request of the Netherlands Embassy in Mozambique on the quality of the 'EPDA' (=Scoping report) for this project.

Overall, the ESIA report provides a comprehensive description of relevant information concerning the legal framework, environmental and social baseline, impact assessment and contains some clear management recommendations. Public participation results and the Environmental and Social Management Program have been documented in separate reports.

However, since the first version of the ESIA report in 2014, the project has undergone several changes (e.g. a two phased approach and change of scope/number of hectares). These changes are not reflected in the last version of the ESIA report of April 2016. The reader thus does not get a clear picture on how many hectares each cooperation member will finally receive, and how many of these hectares are meant for irrigated sugarcane and how many for fodder crops. The project description in the ESIA therefore is not reflecting the latest state of affairs.

The NCEA recommends to provide an update of the ESIA once the exact locations of the works (e.g. lay out of pivots, irrigation canal, roads etc.) are known, including the related footprint and affected population. Also only then a final version of the Livelihood Restoration and Improved Plan can be drafted (current one of 2014).

Finally, the NCEA advises the further elaboration and detailing of the ESMP, including designation of the organisations executing each measure and the necessary budget and budget coverage.