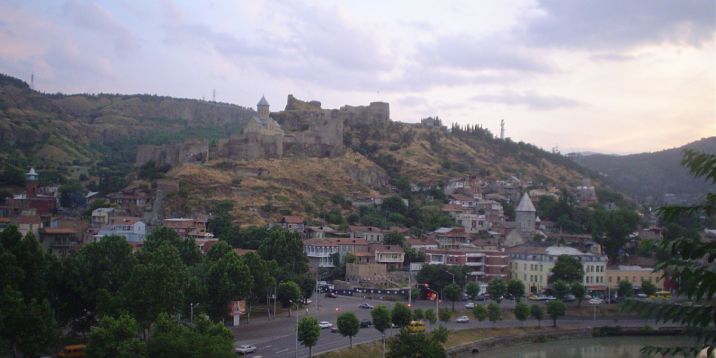 The government of Georgia requested the NCEA to implement a programme for strengthening the country's EIA system and for introducing SEA. The programme was implemented in two phases and finalized in 2011.

Upon request by the Ministry of Environment of Georgia, the NCEA and the ministry developed a multi-annual SEA introduction programme. The first phase of this programme was implemented in 2005 and 2006. It included the following activities:

A second phase of the programme started in 2007. It was however temporarily terminated by the NCEA due to a lack of progress in the first half year, caused by major staff shifts at the Ministry and decreasing political commitment to SEA. In 2008, a new 3-year programme was formulated, including an EIA component, an SEA component for the Adjara regional development plan, and an SEA component for sanitary landfills. Some of the NCEA's activities under this second phase were:

In these programmes, the NCEA has cooperated with the Caucasus Environmental NGO Network (CENN), REC/Caucasus, Ameco and UNDP.

Other activities in Georgia include independent advice on a ToR for the EIA/feasibility study for rehabilitation of the coast near Batumi.

The new EIA law that was proposed in phase 1 of the programme was not accepted because it was overruled by another, less ambitious proposal. The training of trainers has had positive effects, as EIA follow-up courses were organized by these trainers in cooperation with CENN. The first SEA pilot, for a law on waste management, proved very successful as it convinced stakeholders of the added value of SEA and helped them to openly discuss impacts and alternatives.

Phase 2 of the programme contributed to commitment and capacity of regional authorities to apply SEA. It improved SEA application on various levels and in various regions. Moreover, the EIA mapping generated new insights on the quality of the EIA system.