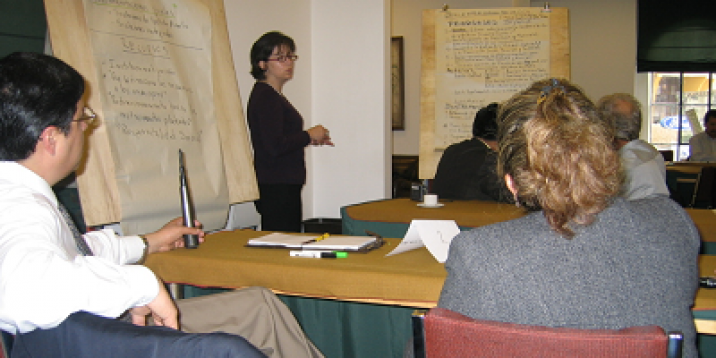 Between 2003 and 2013, the NCEA has contributed in various ways to SEA capacity building in Bolivia. Activities were implemented in two phases (2004-2006 and 2007-2011) and were concluded in 2012 and 2013 with an exit strategy aiming at consolidating SEA experiences and ensuring continued SEA capacity development.

In 2003, the NCEA contributed to a workshop on EIA capacity development in Bolivia, as requested by the Netherlands Embassy and Bolivia's Ministry for Sustainable Development. During this workshop, the Ministry and the NCEA decided to start a 3- to 5-year structural cooperation in order to develop EIA guidelines and review EIA reports. In 2004, the Ministry of Natural Resources and Environment of Bolivia drafted a multi-annual plan for 2004-2007 in which EIA and SEA were prioritized. The NCEA assisted the Ministry in preparing this plan. Specific activities in this phase of the cooperation were:

Political instability in Bolivia resulted in a suspension of the planned activities in 2005 and 2006. In 2006, the Ministry presented a new multi-annual plan (2006-2010), on which the NCEA provided comments. The NCEA's involvement in SEA activities in Bolivia was revived in a second phase of the programme, implemented between 2007 and 2011. Major activities in this phase were:

Implementation of activities in this second phase was slowed down due to constant staff changes at the Ministry of Environment.

Since 2011, Bolivia was one of the 'exit countries' of the Dutch Ministries of Foreign Affairs. The NCEA therefore drafted an exit strategy in that year, aimed at consolidating SEA in Bolivia and ensuring continued capacity development. As part of the exit strategy, the NCEA has among others conducted the following activities:

An independent evaluation on the NCEA's Bolivia Capacity Development programme was conducted in 2010. This evaluation identified several positive developments to which the NCEA contributed, including:

The evaluation also concluded that the context for SEA in Bolivia is still difficult: government staff is often unavailable and/or changes frequently, there are no consultants with an SEA background, and administrative procedures are difficult and lengthy. Nevertheless, within this constraining environment, SEA has improved significantly since 2003.