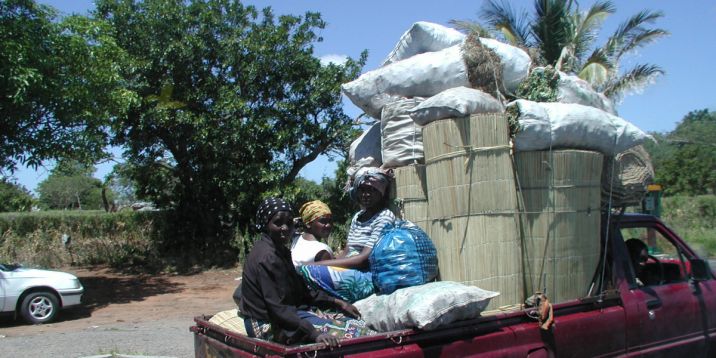 051-i. Advice on ToR and review: SEA and EIA for transport options - Mozambique

The NCEA advised on the assessment approach for two transport options that were identified for a sand mine in Gaza province, Mozambique. Subsequently, it reviewed the resulting SEA as well as the EIA that was prepared for one of the options.

The environmental ministry of Mozambique (MICOA) has licensed the establishment and operation of a heavy mineral sands mining activity in Gaza province. For export of the products, the proponent plans to establish transport facilities. Two options were identified, being a rail option and a road option. For the first option, an EIA had already been undertaken.

The NCEA was asked to advice on the assessment of these options. In advisory guidelines (the first document on this page), it suggested a two-phase approach:

MICOA decided to take both steps simultaneously. This means that it initiated an SEA process and simultaneously allowed the proponent to prepare an additional EIA study that would allow for comparison of the two options. The latter was at the risk of the proponent, since chances were that the SEA would lead to a decision that could preempt one of the transport options.

When the draft SEA was finalized, MICOA asked the NCEA to review its process and contents. In an advisory review (the second document on this page), the NCEA made a number of observations. These include the following:

The latter was not repaired when the NCEA later received the final SEA report.

When the EIA for the roads option was finished, the NCEA was asked to review the report. The NCEA issued its advisory review (the third document on this page) in which it concluded, among others, the following:

In its advice, the NCEA also provided recommendations for the proposed second tier EIA.