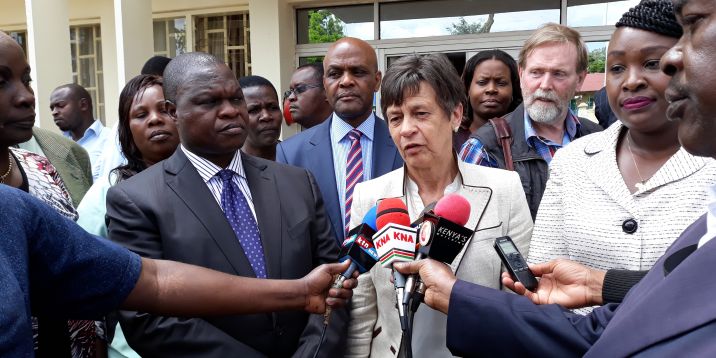 What are the issues?

The influence of environmental assessment

ESIA and SEA procedures influence decisions primarily by requiring the decision-makers to communicate with stakeholders and/or the general public. Usually, decision-makers must at least publish the draft environmental report, listen to feedback, and publish the final decision. In countries with a liberal democracy, this legal requirement separates ESIA and SEA from any other type of environmental impact study. Knowing that it will be held accountable, a decision-maker can do more than the legal minimum to engage with other parties. An iterative process of communication then develops between, first, the decision-maker, second, the assessment team, and, third, other stakeholders. At each step of this iteration, the input of both others may influence the decision-maker. Decision-makers can make themselves transparent even in the absence of such obligation. If there is no transparency at all, only the interaction between decision-maker and its assessment team remains. In that case, the team may still influence the decision-maker, but this influence is difficult for outsiders to perceive, and such a process is usually not regarded to be ESIA or SEA. Influence would have to be observed as changes in transparent behavior of powerful actors that plausibly have been caused by hidden interactions.

The influence of the independent NCEA

The NCEA can support competent authorities by means of its capacity development work and its advice work. When asked for capacity development support, the NCEA can help environmental competent authorities to develop transparent procedures for ESIA and SEA that fit their national law culture and their national governance culture. When invited as independent advisor in a single procedure of ESIA or SEA, the NCEA can stimulate the decision-maker’s thought about relevant objectives of the ESIA or SEA: what kind of information would the decision-maker want to make transparent, and at which stages? Once the decision-maker has specified these objectives, the NCEA can subsequently advise transparently about the relevant impacts, decision-alternatives, and assessment process. When invited as coach to a single procedure of ESIA or SEA, the NCEA can also support the authorities competent for decisions about projects, plans and programmes to find the level of transparency and accountability that fits their situation and their ambition. In this case, the NCEA will not publish its advice, and the decision-maker therefore remains in control of what is made transparent. The NCEA remains in all its support modalities independent as regards the nature of the influence.