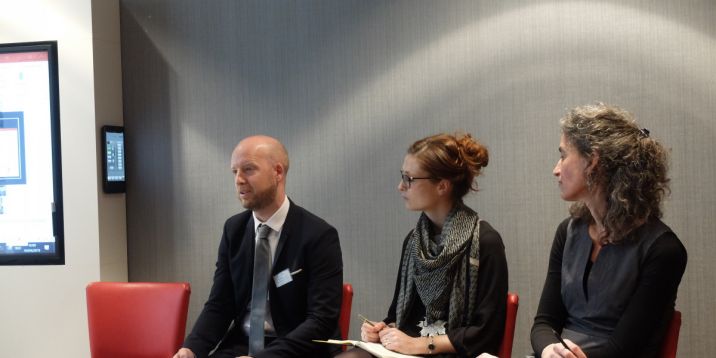 Summary notes of the expert meeting Large dams at the nexus of energy, climate, food and water

In this session, panel members and participants debated the question on if and how large dams can be sustainable. The different panel members offered their unique perspective on this question: while some pointed at the necessity of good governance and well-defined mitigation measures as a prerequisite for dam construction, others questioned whether large dams can even be justified at all. During the debate that followed, topics such as governance, mitigation, capacity development, the role of the Dutch government and financial institutions were discussed in more detail.

After the the presentations by Daniëlle Hirsch (BothEnds), Frederik van Pallandt (FMO) and Susanne Schmeier (IHE Delft), the floor was opened for a plenary debate. Bartholomew Judd of the European Investment Bank joined the panel as its fourth member. Various topics were discussed: