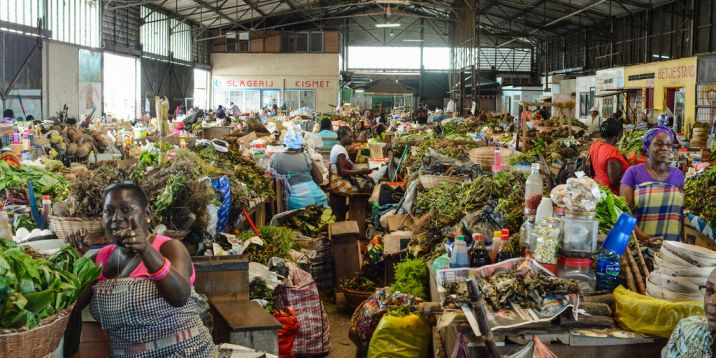 The non-binding ESIA guidelines provide for screening. NIMOS/NMA decides on the need for an ESIA.

The proponent submits an application with general information on the project to the permitting agency, who sends the documents to NIMOS/NMA for an advice on the need for an ESIA. NIMOS/NMA uses the screening guidelines (Annex 1 of the ESIA guidance) and the screening list (Annex 2 of the ESIA guidelines) to decide on screening. Annex 1 provides a screening process consisting of several steps and a checklist to identify impacts. The outcomes of screening is that the activity is categorised into one of the categories listed in Annex 2. These are :

The screening checklist includes (under characteristics of the proposed area) a check on whether the project will affect any areas that are protected by legislation and/or have unique natural features.

The information submitted with the application for a permit should contain:

NIMOS/NMA takes 14 working days between submission of the starting document and the screening decision.

The voluntary ESIA guidelines give provisions for scoping.

After NIMOS/NMA has decided that an ESIA is needed, the proponent is required to publish an announcement stating the intent to undertake the project, according to the ESIA guidelines. This may be accompanied with announcements of public consultations: where the public can make comments on issues that they would like to see addressed in the ESIA. The proponent organises this consultation. In the scoping phase, the proponent also proposes a Terms of Reference (ToR) to NIMOS/NMA. Annex 6 of the ESIA guidelines provide instructions for scoping (including a checklist). After assessing the ToR, NIMOS/NMA issues project specific guidelines for the content of the ESIA report. NIMOS/NMA may consult other authorities in setting the guidelines.

The ToR can be considered the scoping document in this system. The ESIA guidelines do not set out the content of the ToR, but do indicate which issues need to be considered when drawing up this ToR (in Annex 6 of the guideline). These guidelines have been developed to assist the applicant in determining the scope of the project, the scope of the assessment and to assist NIMOS/NMA in determining the sufficiency of the TOR.

No timeline is specified for scoping.

The ESIA guidelines state that the ESIA should cover both social and environmental effects. The ESIA must be undertaken in accordance with the ToR approved by NIMOSNMA. Upon completion of the ESIA, the project proponent must submit the following documents to NIMOS/NMA: An executive summary of the ESIA (also translated into Dutch), five hard copies of the ESIA and one digital version of the ESIA.

The guidelines do not prescribe a specific method for assessment. Review criteria for the ESIA report, as given in the Annex 10 do provide some suggestions on how to decide if a method is appropriate.

The recommended structure for the EIA report is:

There is no accreditation system for consultants who deliver services in ESIA report preparation. However the new Environmental Framework Law stipulates that consultants need to have at least a BSC degree and 5 years of work experience in their specific areas of expertise.

Annex 8 of the ESIA guidelines describes the review process. NIMOS/NMA is responsible for undertaking ESIA review. After receiving the ESIA report from the proponent, NIMOS/NMA conducts a quick compliance check using a checklist and the project specific guidelines/ToR. NIMOS/NMA may request additional information.

Once the ESIA report is considered complete, NIMOS/NMA uses a Technical Circulation Checklist to determine which governmental agencies should receive the report with an invitation to submit comments.

The executive summary of the ESIA report is sent to potentially affected people. The public (all) may comment on it.

For the more in-depth review, the review team that NIMOS/NMA sets up, evaluates the ESIA report against the checklist in Annex 10 (with an explanation in Annex 11) of the guidelines, and draws up a review report. The Review Report contains a project impact management summary table. This table compares the project action-potential impact-proposed mitigation measures-proposed monitoring plan and makes additional recommendations. The report conclusions include:

Based on the review report, NIMOS/NMA drafts a response on the license application. This response letter of NIMOS/NMA should consolidate all technical review opinions.

As indicated in the guidelines, checks include consultation with relevant government staff and the composition of a multidisciplinary team to undertake the review. NIMOS/NMA can decide to contract external expertise to assist the team. In the course of the review, NIMOS/NMA may organize a closed meeting with other government officials to discuss conflicting opinions.

The timeline is not specified. In practice it varies, a review can take between 60 and 135 working days. Following submission of the Draft ESIA Report, the project proponent is required to publish a public announcement that the ESIA is available for review by the public. The announcement must be published in two national daily newspapers and include information on where and how the ESIA documents can be accessed. The general public then has between 30 and 90 days, depending on the complexity of the project and level of public interest, to submit written comments to NIMOS/NMA. NIMOS/NMA may decide that a public meeting is required to gather any comments if there is sufficient public interest in the ESIA.

Following conclusion of the 30 to 90 day public commenting period, NIMOS/NMA has a further 30 working days to study the Draft ESIA Report and indicate to the project proponent whether additional information is required.

The ESIA guidelines state that before any permit will be issued, NIMOS/NMA will receive the application for the permit and will submit a binding advice to the licensing agency both on approval/rejection of the project and on any environmental conditions that should be attached to this decision (e.g. by a sector ministry). For projects that NIMOS/NMA considers to require an ESIA, NIMOS/NMA will give advice on the project only after approval of the ESIA. Any conditions NIMOS/NMA advises can then be based on the ESIA outcomes.

The environmental advice from NIMOS/NMA will be classified into one of the following categories:

Apart from the information on the quality, accuracy and completeness of the ESIA study it is suggested that the ESIA review team responsible for the review, also reports on the justification of the approval (or denial) of the project. The binding advice from NIMOS/NMA is based on the Review Report and compiled into a letter for the decision-maker or the permitting agency.

Publication of the decision is the responsibility of the permitting agency.

Not specified in the guidelines, responsibility of the permitting agency.

There are possibilities for appeal within the ESIA process, as set out in Annex 5 of the ESIA guidelines. Appeal must be made within 30 days of decision-making and is directed to the Minister for Environment. A hearing will be held on the appeal. The National Environmental Council advises to the minister on the appeal decision. The decision is provided within 30 days.

Anyone can make an appeal: government agencies, the proponent and the public.

The ESIA guidelines set out requirements for public participation. Its importance during the scoping and review phases is highlighted.

The requirements for public participation as stated in the ESIA guidelines include dissemination of information and the organisation of a public hearing. The guidelines further suggest that NIMOS/NMA take a facilitating role, in receiving public comments and ensuring the proponent addresses these.

The public may make comments, both verbally and in writing, regarding issues to be addressed in the ESIA when the screening decision is published, and may later comment during the scoping phase and on the conclusions from the ESIA report.

Optional: Prior to formal Public Hearings, smaller community-based meetings can be held at which local residents and other interested parties will be given the opportunity to discuss their concerns in the presence of NIMOS/NMA and representatives of the proponent (including the study team). Also in attendance will be spokespersons for government agencies and research establishments who also make representations to the ESIA if needed.

Not specified, also depends on whether or not a public hearing will be held.

During review, the general public has between 30 and 90 days, depending on the complexity of the project and level of public interest, to submit written comments to NIMOS/NMA.

The number of ESIAs has been growing steadily in the last years. In 2009, 14 ESIAs were reviewed by NIMOS/NMA. Exact data on the number of ESIAs are not available, as ESIA is still a voluntary process and NIMOS/NMA does not necessarily receive all ESIAs prepared. In an overview provided by NIMOS in 2017, over 100 ESIAs have been reviewed, of which over 50% is in the oil and gas sector.

There is no central ESIA database, but NIMOS/NMA does keep records on all the ESIAs that it advises on. This repository website has been created to facilitate the public with information and download links regarding ESIA studies that have been conducted.

ESIA practice is relatively young in Suriname. Although ESIA’s were conducted before the existence of NIMOS (1998) there was never an established ESIA system as such. The ESIA approach that NIMOS has introduced was drafted in the year 2001 and disseminated from 2003 onwards.

ESIA regulation and procedures have been drafted, but not yet formalised.

Five (voluntary) guidelines have been issued: a generic guideline on ESIA (updated in 2009) and guidelines for ESIA for Power Generation and Transmission, Social Impact, and one for ESIA in Forestry and Mining. All were issued by NIMOS.
New versions of the guidelines became available in 2017 in English and Dutch.

A ESIA guideline for offshore oil and gas development is being drafted and expected to become available in October 2020.

The generic ESIA guidelines state that all activities which are likely to have adverse environmental impacts are subject to ESIA, and that ESIA applies to both public and private initiatives.

The ESIA guidelines state that project proponents may apply for an exemption from ESIA in cases where:

The ESIA guidelines states that NIMOS may exempt activities subject to ESIA from the ESIA obligation in certain cases.

Within ESIA practice, the National Institute for Environment and Development (NIMOS, now NMA) has a central role. NIMOS was set up in 1988 as the executive and research arm of the National Council for the Environment (NRM), which provides the government with advice on the development of environmental policy and its implementation. When the Ministry for Labour, Technological Development and Environment was set up in 2000, NIMOS was given additional responsibility to advise on environmental management to this ministry, as well as to report on progress with implementation.

The 2020 Environmental Framework Act establishes the National Environment Authority (NMA) as an independent administrative body with legal personality, that budget-wise comes under the Ministry of the Interior. NIMOS and the Coordination Environment under the Cabinet of the President are now merged into the new NMA.

NIMOS (now NMA) works in close cooperation with line ministries and administrative bodies responsible for the approval of projects that affect the environment.

No specifications for decentralisation of ESIA mandates have been made.

The payment of a fee for processing the ESIA is not yet a mandatory aspect of the ESIA system.