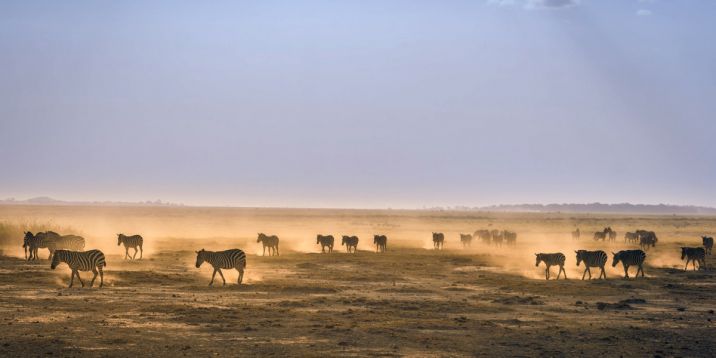 The second schedule of the EMCA comprises of a list of projects to undergo EIA. If a project is on the list, the proponent is required to submit an initial project assessment report (prepared by a registered EIA expert) that contains an initial assessment of environmental effects. Use of checklists, matrices, threshold limits and overlays in preparing an Initial Environmental Assessment are suggested in the EIA guidelines, but no specific details are given.

NEMA decides, on the basis of the initial environmental assessment, if a full EIA is required.

The EIA regulations stipulate that the initial project assessment report should contain information on:

i) the nature of the project;
ii) the location of the project;
iii) activities of the project during construction, operation and decommissioning phases;
iv) the design of the projects;
v) the materials to be used, products and by-products, including waste generated and the methods of their disposal;
vi) impacts and mitigation measures;
vii) an action plan for the prevention and management of possible accidents during the projects cycle;
viii) a plan to ensure the health and safety of the workers and neighbouring communities;
ix) the economic and socio-cultural impacts to the local community and the nation in general’
x) the projects budget; and
xi) any other information that NEMA may require.

NEMA has 45 days to decide whether a full EIA is necessary or whether the project can be licensed on the bais of the initial assessment (the timeline can be varied by NEMA depending on the time needed to solve contentious issues).

Once it has been decided that a full EIA is needed, scoping is a mandatory step with specified requirements. The proponent is responsible for scoping (registered experts may prepare the EIA report on behalf of the proponent).

The final result of scoping process is the Terms of References for the EIA. These have to be formally approved. The EIA guideline stipulates that the ToR is meant to focus on key issues of concern identified during the scoping exercise, including, but not limited to:

The main steps for the EIA study, as outlined in the EIA regulations and the EIA guidelines, are:

For the impact assessment, environmental effects as well as social and cultural effects are considered.

Required contents include a description of:

Local and foreign EIA individuals and firms wishing to undertake EIA activities in Kenya must register with NEMA, and incur payment of a prescribed fee. A set of qualifications is required for lead and associate experts. The requirements relate to academic level (Doctorate/ Masters/ Bachelors) and education (has to including EIA training from a recognised institution) as well as practical experience (between 3-8 years). To register as a firm of experts, it is a requirement to be registered under the laws of Kenya and submit to NEMA a firm profile indicating capacity to undertake EIA/audit studies.

The proponent submits the EIA report to NEMA, who forwards it to the relevant Agencies. These Lead Agencies review the report against the ToR and relay their comments to NEMA. NEMA, at the expense of the proponent, provides the report to the public and invites them to submit comments.  If there are outstanding issues after the review of the comments received (both written and oral), NEMA may decide to hold a public hearing. Depending on the case, a Technical Advisory Committee may be established to advise NEMA on the quality and content of the EIA report.

Expert input in the review is organised through the involvement of the Technical Advisory Committee that consists of not less than 5 multi-disciplinary specialists. Anyone who wishes to review the EIA report can apply to NEMA to inspect the EIA report.

The approval of the EIA report leads to a decision on the issuing of an environmental impact assment licence. Whether a licence is granted or not is  based on the following criteria:
- Validity of environmental impact study report
- Comments made by affected parties
- Public hearing report
- any other information the NEMA may require

Such a licence is required before other licences (trading, commercial or development) can be issued. EIA approval and project approval are thus two separate decisions taken by different competent authorities.

Terms and conditions are formulated for the environmental impact assessment licence.

NEMA's decision and the reasons are communicated in writing to the proponent. Besides the validity of the EIA report, the EIA regulations state that NEMA should take into consideration the comments made by the lead agency and other interested parties, the report of the presiding officer compiled during public hearing, and other factors which the NEMA considers crucial in the implementation of the project.

The decision of NEMA is communicated to the proponent within fourteen days from the date of the decision. A copy of the decision is made available for inspection at NEMA's offices, and can be viewing by anyone who wishes to do so, upon payment of a prescribed fee.

Within 90 days of receiving the EIA report.

There are legal recourse options. The Public Complaints Committee is an autonomous environmental ombudsman that receives and investigates complaints against NEMA or any person, in relation to the environment including on EIA. The National Environmental Tribunal arbitrates over contentious matters. While the High Court is the final referee that may review and possibly overturn decisions by the Tribunal.

Any person/ institution has the right to appeal on any matter relating to the EMCA.

Monitoring and auditing are a mandatory requirement under the EMCA for all activities that are likely to have significant environmental consequences.
The proponent is required do self audits of a project for which an EIA study report has been made, keep accurate records and make annual audit reports to NEMA describing to what degree the project conforms with the EIA study report. The proponent is also required to take all responsible measures to mitigate any undesirable effects not contemplated in the EIA study report and keep records of the same. Self audits can be carried out by external auditors commissioned by the proponent as long as the auditors are registered with NEMA.

NEMA can decide to carry out a control audit and may carry out inspections from time to time.

NEMA can suspend or require an update of an EIA license at any time after issuing it. This can occur if:

During the screening phase, the possibly affected people have to be informed about the project and consulted for their concerns. The views of the public shall then be incorporated into the project report used for screening.

According to the EIA guidelines, public consultation in the scoping phase can involve the following methods:

During the review process, the EIA report is made available to the public. To a minimum, the public has to be able to submit written reactions to the EIA, but a public hearing may be held if NEMA deems this necessary. The outcomes of the public hearing are recorded by a qualified person and are submitted for consideration in the final decision. A member of the public can, after showing reasonable cause in writing, petition NEMA to carry out an EIA audit.

To inspect the register of EIA licenses issued, any person wishing to do so requires to pay a prescribed fee of Ksh 200 per register (approx USD2).

Comments can be made in writing by any member of the public. In a public hearing, oral and written comments are recorded by a NEMA presiding officer for further transmission and consideration in the final decision.

Evidence of public involvement during the EIA study has to be included in the EIA study report and consideration of comments made by the public is required before decision is made.

The public can access and assess information registers at NEMA upon application.  Such information may include:

Information is disseminated through Kenya Gazette notice, local newspaper, internet (limited) and local radio stations (both in local and national languages). It is the responsibility of the proponent to ensure effective distribution of the EIA study report information to the affected persons to avoid unnecessary delays in decision-making and project implementation.

Kenya Institute of Environmental Assessment (KIEA): Established in March 2005 and objectives include promotion of best practices and ethical standards in environmental management, auditing and assessment, as well as improving the members knowledge and skills and enhancing the members’ professional capacity. KIEA also raises awareness and provide training on the EIA/Audit process amongst stakeholders.

Eastern Africa Association of Impact Assessment: EAAIA was formed to enable the Eastern Africa region to establish a well-managed database that acts as: a source of EA information, a mechanism for exchange and sharing of knowledge, information and experience on EA policies and practice; support maximization on the use of available resources in the region. Kenya is a member.

In the late 1970’s, the Kenyan government committed to improving environmental impact assessments . By then, the National Environment Secretariat (NES) in Kenya already viewed environmental impact assessment as a key tool for meeting its environmental protection objectives, but there was a lack of proper legal basis for EIA and NES was ineffective in enforcing the practice of EIA. This prompted the formation of Inter-Ministerial Committee on the Environment (IMCE). The IMCE provided NES with the ability to co-opt Committee members and use the legislative mandates of those members to require EIA application for industrial projects. In the 1990s, this approach was still considered insufficiently effective and EIA was given legal status and more recognition by incorporation into the Environmental Management and Coordination Act (EMCA). This Act became effective on 14th January 2000. Subsequent to the Act, Environmental Impact Assessment and Audit Regulations  (EIAAR, 2002) and Environmental Impact  Assessment Guidelines and Administrative Procedures (EIAGAP, 2003) were formulated to guide the EIA process.

The Environmental Management and Co-ordination Act (1999)

The Environmental (Impact Assessment and Audit) Regulations, 2003. They have been amended in 2007 and in 2009.

The Water management regulations specifically refer to the EIA requirement for activities likely to have any adverse impacts on water quality or quantity.

All activities (public, private, national and international) specified in the Second Schedule of EMCA 1999 require EIA.

There are no specific grounds for EIA exemptions.

NEMA is the central EIA authority. It operates under the National Environmental Council, which falls under the Ministry of Environment. The law provides for consultation on EIA with lead agencies, District and Provincial Environment Committees on EIA matters. Depending on the project, NEMA may form a Technical Advisory Committee (TAC) with a specific mandate to give advice on a particular project.

Decision making is centralised. NEMA decides on all EIAs centrally, but has to consult with Provincial and District level Committees for decision-making on EIA (to be confirmed with NEMA).

The proponent pays a set fee of 0.1% of the project cost to NEMA or the appointed agent in the District where the project is to be undertaken, for processing of the EIA.