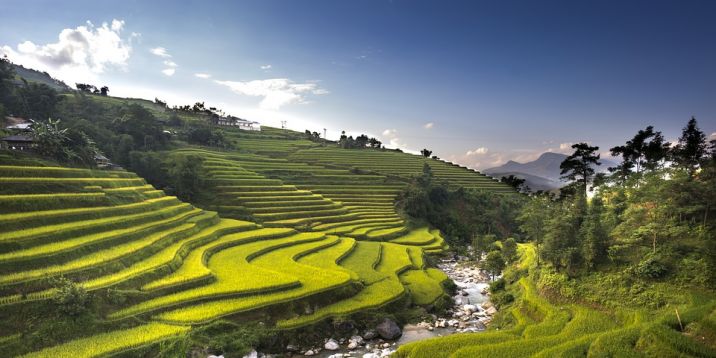 There is no specific guidance detailing screening. However, a list of plans and strategies that should undergo SEA is provided in LEP, 2005.

There is no specific guidance for setting objectives.

Scoping methods:
There are no prescribed scoping methods. However, a general technical guidance for SEA suggest the use of trends analysis in addition to other participatory approaches like checklists, expert judgement, SWOT, matrices, networks and flow diagrams, spatial analyses: overall maps and GIS, Delphi technique, modelling and multi-criteria analysis.

Outcome of scoping:
There is no elaborate procedure for scoping, but it is stated that project scope should include spatial and temporal aspects such as geographical configurations, project length etc and operational aspects.

Experts with relevant qualifications for the particular SEA are involved mainly for advisory purposes. Authorized leaders are sometime invited in this step.

There are no specific requirements for alternatives to be considered.

Prescribed methods for assessing impacts include assessment in terms of causes (e.g. those related to or not related to waste, possible risks) and the objects of the impact. Each impact is assessed at very detailed extend in terms of degree, scope and time.

The contents of SEA report are specified in Appendix 1.3, Circular 26.

Government’s Decree No. 80/2006/ND-CP of 9 August 2006 detailing and guiding the implementation of a number of articles of the Law on Environmental Protection

After review the SEA report, the SEA review agency (MONRE, for example) will send an  official statement of results to agency who has authorize for approval of programs, plans and strategies (the Prime Minister, for example), including recommendations for consideration and decision on the approval of the program, plan or strategy.

The results of the SEA is considered as a ground for approval of a specific plan/program.

Monitoring is a requirement. The proponent is required, as part of the SEA report to give an environmental monitoring and management program whose contents include:

Government’s Decree No. 80/2006/ND-CP of 9 August 2006 detailing and guiding the implementation of a number of articles of the Law on Environmental Protection.

Vietnam has introduced and is practicing SEA.The Vietnamese system was established through a comprehensive SEA requirement in the 2005 Law on Environmental protection. This law requires SEA to be undertaken by planning authorities as an integral part of elaboration of a wide range of strategies and plans at national, inter-provincial and provincial levels. MoNRE has issued a decree and circulars that stipulate detailed procedural requirement and it has encouraged sector agencies to develop their own guidance for SEA application. In order to support uptake of SEA, MoNRE has also established a mechanism for donor coordination on SEA matters. Donors are therefore particularly active in this area.

The Law on Environmental Protection is the enabling legislation that sets framework for SEA.

In several decrees and circulars the procedural and institutional arrangement for SEA have been elaborated:

Nature conservation / biodiversity conservation is one among working areas that MARD is responsible for. No specific EIA/SEA for this sub-sector as well.

MONRE is leading agency in development of general SEA technical guidelines, and some specific SEA guideline in the working areas that are responsible by MONRE. Listed below are these guidelines:

In adoption of MONRE SEA technical guidelines, there are some sectoral guidelines have been developed with external support from donors, such as:

There is not yet a specific SEA technical guideline on any MARD’s responsible working area.

SEA under current law covers planning and programming and strategy. Policies are not covered.

Developed proposals for which SEA is always required include:

2. Strategies and plans for development of branches or sectors on a national scale.

4. Plans for land use, forest protection and development; exploitation and utilization of other natural resources in inter-provincial or inter-regional areas.

Vietnam is following the approach that has been applied in EU countries.

The proponent is required, as part of the SEA report, to give direction for EIA during the project preparation phase, to give an indication of technical and organisational measures to solve environmental problems (should they occur) and to develop a program on environmental monitoring and implementation.

There is vertical decentralisation with SEA responsibility on decisions to establish SEA appraisal councils delegated to MoNRE, other ministries, Government bodies and Provincial People's Committees.

The plan owner (proponent) is responsible for the SEA and is supposed to initiate it at the same time as the formulation of the project.